Financial stocks have been rallying on the expectations of higher interest rates and less regulation. Russ discusses whether the good news has already been priced in.

The U.S. equity rally got a renewed lease on life last Wednesday. As has been the case since last summer, the rally was led by financial and bank stocks with the S&P Bank Industry Group rising to its highest level since before the financial crisis. U.S. large cap banks are now more than 65% above the lows from last June. (Source: Bloomberg.)

In some ways, the rally in financial stocks should come as no surprise. As a cyclical, value sector, and arguably the only one that can directly benefit from rising interest rates, financials should be performing well. This case for financials becomes stronger if you assume some dialing back in financial regulation as the Trump administration promises.

The question for investors today, then, is this: How much good news has already been priced in?

While some of the gains have come down to improvements in fundamentals, as with the broader market, much of the gains have been driven by more expensive valuations. The price-to-book ratio (P/B) on the sector is up over 40% from last summer’s lows. That said, valuations are still about 25% below the average since the early 1990s, although the P/B is now creeping back towards the post-crisis high.

Valuations look less pricey relative to the broader market, which may say more about extended U.S. stocks than cheap banks. Large cap banks are trading at a 60% discount to the broader market. This looks very reasonable against a 25-year horizon, during which the average discount was only around 40% (see the accompanying chart). However, as with absolute valuations, relative value is less enticing when compared to the post-crisis norm. Relative valuation for large U.S. banks is now back to the highest level since early 2014.

This pattern of financials looking cheap against a long-term history, but less so when measured over the past eight years, reflects the diminished fundamentals of the industry in the post-crisis environment. In 2006, the return-on-assets (ROA) for large cap banks was close to 1.20%. Since the start of 2011, the ROA has averaged around 0.95%, and in recent years, the average has been even lower. These diminished circumstances reflect a slew of new regulations, as well as a rate environment that has consistently suppressed net interest margins (NIMs).

This is important as the ROA has historically been one of the big drivers of valuation. Since 1991, the level of ROA has explained approximately 30% of the variation in the financial sector’s valuation. To date, the ROA at the sector level has not improved very much; instead, the jump in bank shares arguably reflects expectations for better times ahead.

The bottom line: In order to not be disappointed, investors are going to need to see both higher rates and a lighter regulatory touch.

Russ Koesterich, CFA, is Portfolio Manager for BlackRock’s Global Allocation team and is a regular contributor to The Blog. 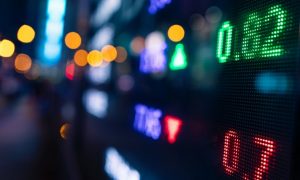 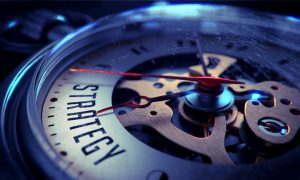